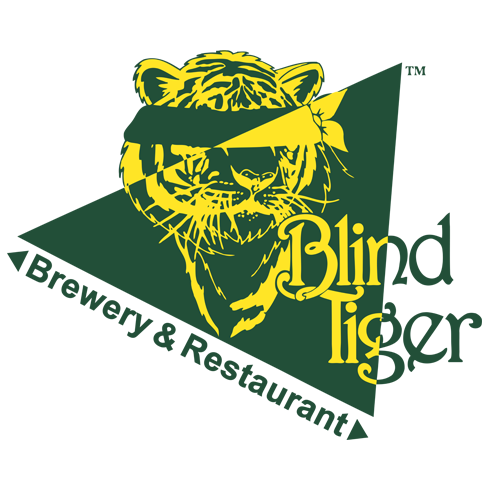 Capital City Kölsch
Kölsch
4.6% ABV
18.0 IBU
Blind Tiger Brewery & Restaurant
Topeka, KS
After sampling some Kolsch Bier in Germany I found that my old recipe needed some tweaking. Kolsch is a great beer for those who enjoy light beers or American pilsners. The light and subtle flavors of Kolsch are similar and yet more complex than the typical joe six-pack beer. The lager like characteristics are achieved through a long maturation period of cold conditioning. Kolsch, the King of Cologne, be careful how you use it. bronze medal at the GABF.

Oktoberfest
Märzen
5.5% ABV
14.0 IBU
Blind Tiger Brewery & Restaurant
Topeka, KS
Wrap your lips around the original amber lager. We even offer it in the traditional Oktoberfest dimple mug or the 1 liter Masskrug! Close your eyes, you’ll swear you’re in Munich. This brew is the color of turning leaves with an aroma of fresh baked bread. We use Vienna, Pilsner, Munich and a touch of Crystal malts for a rich malty foundation. Hallertau & Tettnang hops provide balance and a floral noble hop aroma. The first Oktoberfest took place on October 17, 1810 to celebrate the marriage of Bavaria’s Crown Prince Ludwig to Princess Therese Charlotte Luise of Saxony-Hildburghausen. Ludwig would become King Ludwig I of Bavaria, reigning from 1825 – 1848. Munich’s citizens were invited to partake in the celebration, and festivities. Horse races, music, and dancing were held on the expansive meadow in front of the city gates. Oktoberfest in Munich is still the largest public fair in the world, with more than 6.3 million visitors in 2019 consuming 7.3 million liters of beer! That may account for the following things turned in to the lost & found. 780 ID cards, 660 purses, 300 keys, 420 phones, and 1 set of teeth!